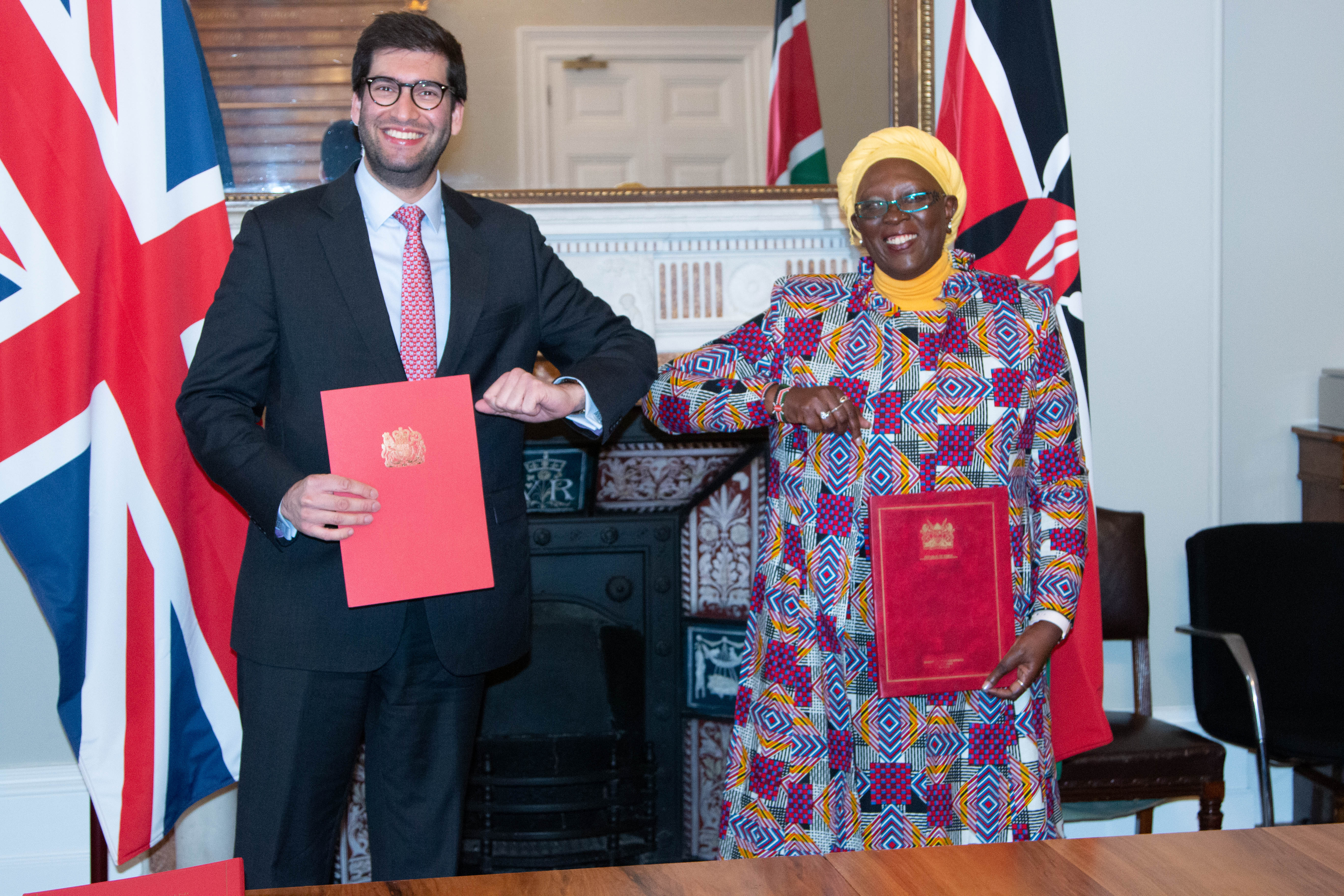 Kenya and the United Kingdom (UK) have today signed a strategic Economic Partnership Agreement (EPA) following the conclusion of recent negotiations between the two countries.

When ratified and fully implemented, the agreement is expected to deliver significant benefits to Kenya and its partners in the EAC region. It is grounded on the vision of Kenya’s President Uhuru Kenyatta and UK Prime Minister Boris Johnson, who earlier this year agreed to negotiate a framework that will enhance trade and development cooperation between the UK and the EAC partner states.

“We have agreed on a comprehensive package of benefits that will ensure a secure, long term and predictable market access for exports originating from the EAC free trade area,” said Betty Maina, Cabinet Secretary for the Ministry of Industrialization, Trade and Enterprise Development.

“We have a great opportunity ahead of us, to realize the mutual benefits that our two leaders,envisaged when they agreed on the need for a post-Brexit partnership framework.”

Kenya has taken the lead in this process, considering its strategic trade and economic position in the EAC region. This was underlined during the second Economic Development Forum held on November 13, co-hosted by Ms. Maina and Rt. Hon. James Duddridge MP, and Minister for Africa in the UK Commonwealth and Development Office.

It is envisaged that the partnership agreement will deepen the EAC integration by ensuring that exports from the EAC countries continue to enjoy duty and quota free access to the UK and the EU markets, when the UK leaves the EU on December 31, 2020. Moreover, the agreement will enhance privileges for agricultural goods and confer originating status to EAC exports,including Kenya’s key flowers and fresh produce, even if they pass through any of the 27 EU countries.

Furthermore, the agreement recalls Kenya’s commitments within the framework of the World Trade Organization and will support African countries to realize their dream of an African Economic Community under the Africa Continental Free Trade Agreement.

The new framework covers a host of other issues including barriers to free flow of trade between the UK and the EAC countries, constraints to foreign direct investment, intellectual property, e-commerce and government procurement. The negotiators agreed on shared approaches to trade and investment, including the need to adopt common rules of origin, broader acceptance of product standards and the EAC countries to deepen domestic reform and trade liberalization.

"This is about securing and protecting Kenya's annual £2billion ecosystem of trade with the UK on which hundreds of thousands of jobs and millions of livelihoods depend. Delivery if this was our primary objective for the year and we are thrilled to be over the finishing line," said Manoah Esipisu, Kenyan High Commissioner to the United Kingdom.

Under the agreement, the UK has underlined its commitment to enhance its development cooperation support to the EAC countries to realize their development goals. This includes investing in key sectors of Kenya’s economy to support the Government’s priority Big Four agenda and Kenya’s Vision2030 development programs.

Deepening investment climate reforms in Kenya and the EAC countries will create opportunities for expanding trade and foreign direct investment from the UK and other source markets.

CS Maina is also accompanied by PS Trade Amb Johnson Weru, who was Kenya's chief negotiator, and Leah Aywah Barasa, of a Chief State Counsel in the Attorney-General's Chambers. 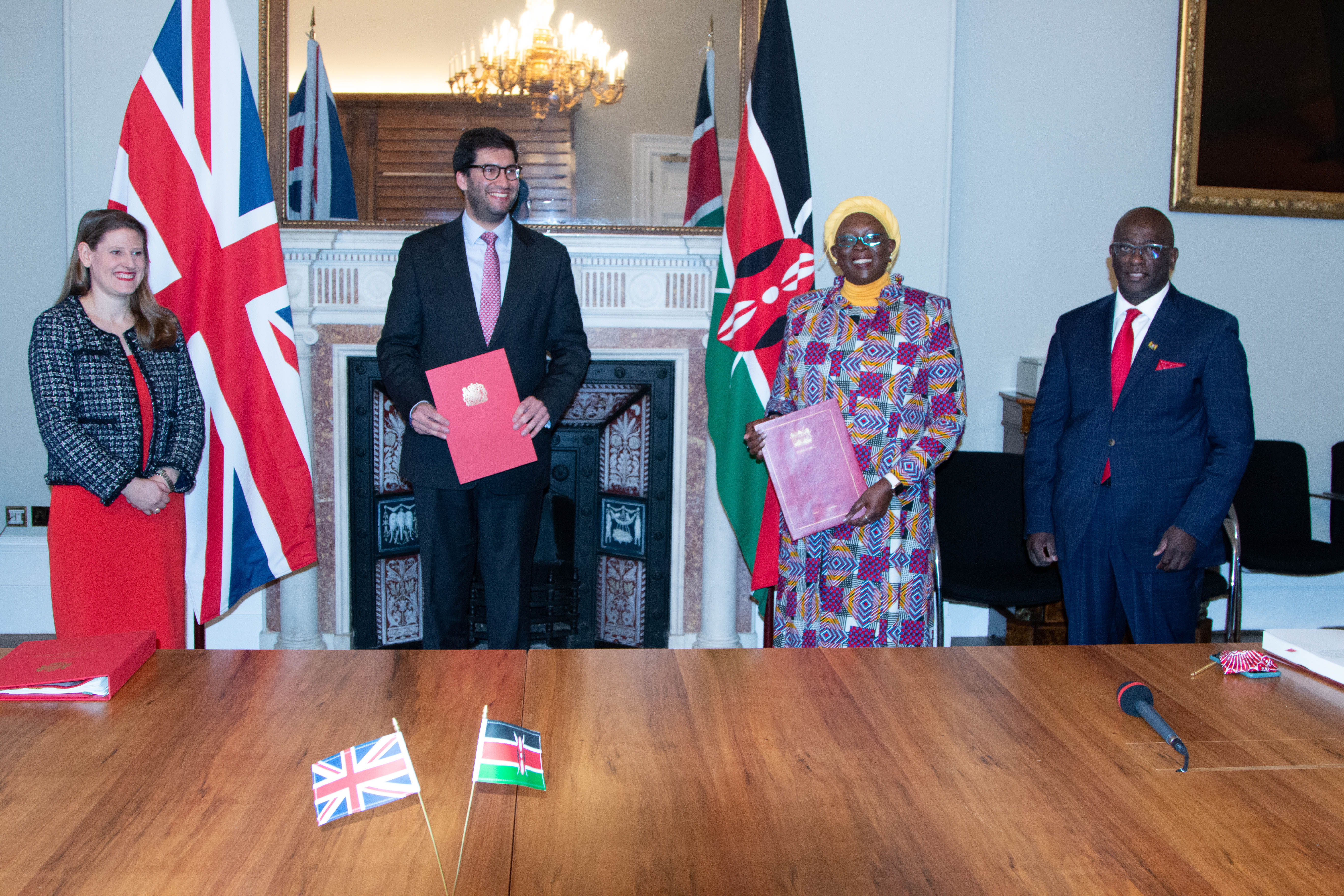 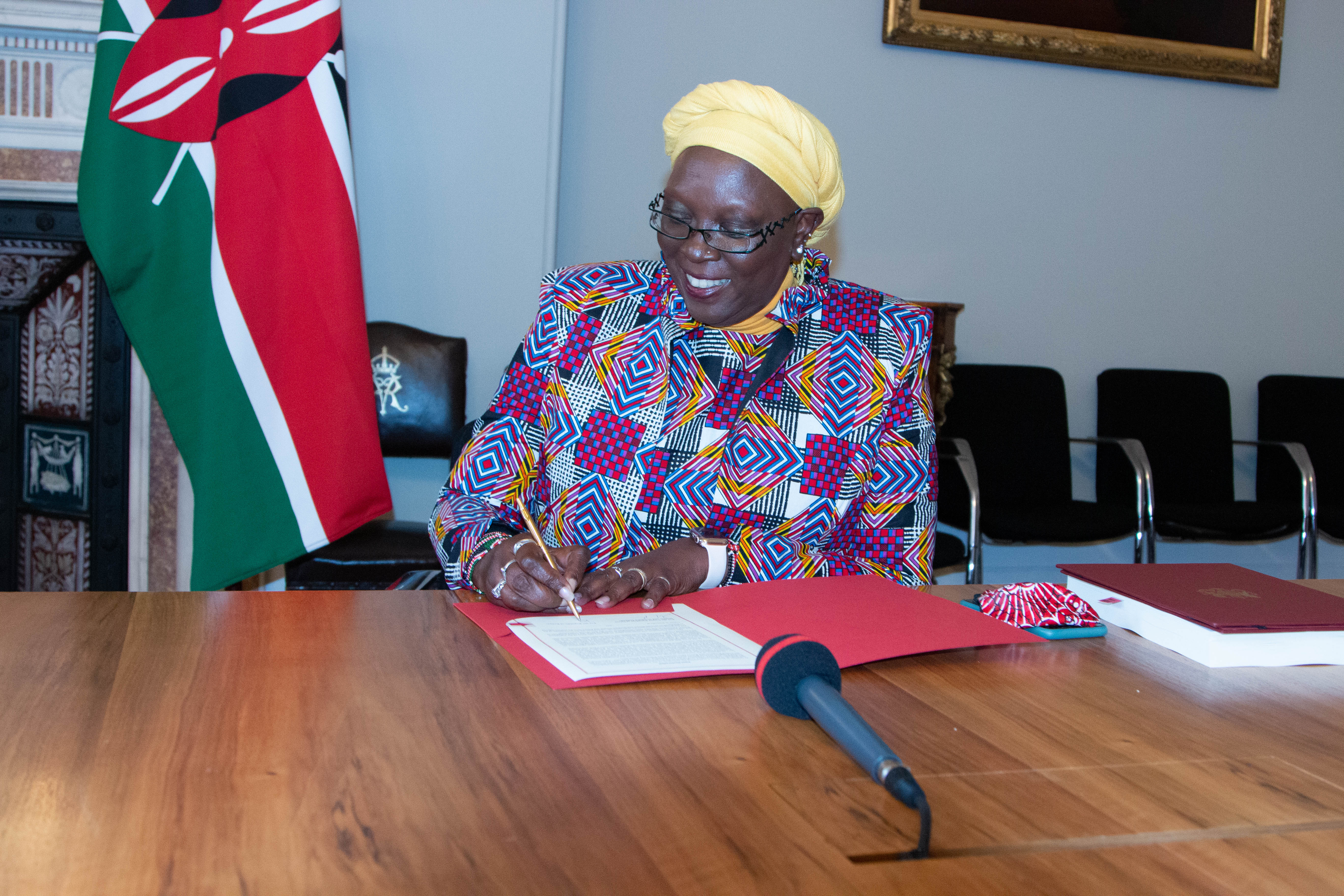 Advertisement for Purchase of Office Space in Westminster
notice 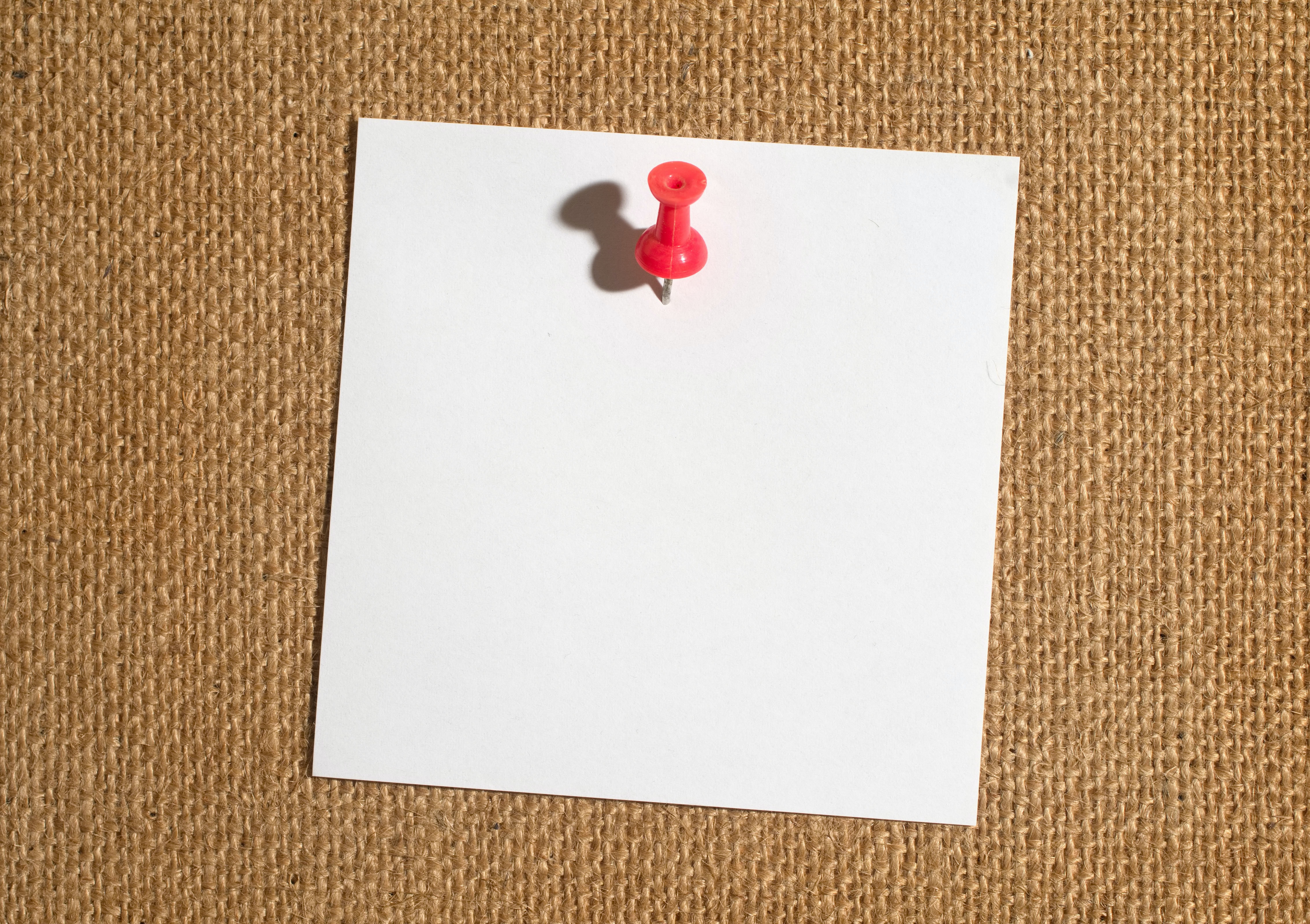 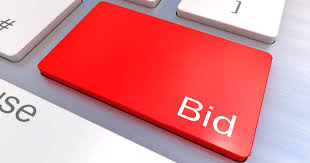